It is a well-known fact that in any industry standardization positively impacts the business. Similarly, in the software industry, establishing coding standards is essential for successful implementation of a program. The smooth functioning of software programs is vital for the success of most organizations.

What are coding standards?
Coding standards can be understood as a series of procedure for a specific programming language that determines the programming style, procedures, methods, for various aspects of the program written in that language. They are a very critical attribute of software development.

A coding standard ensures that all developers writing the code in a particular language write according to the guidelines specified. This makes the code easy to understand and provides consistency in the code.

One of the most essential factors in a software system is the consistency of the coding standard. This is because it positively impacts the quality of the system. While using a software system, you need to ensure that the guidelines do not contradict each other. The source code that uses the standard should also be in harmony with the standard. The completed source code should indicate as if the code has been written by a single developer in a single session.

1. Security Issues: The main reasons for commonly exploited software vulnerabilities are inconsistencies, bugs, and errors in the logic. Most of these problems arise due to programming errors that result from poor coding practices.

Certain factors need to be borne in mind while formulating a code:

Benefits of coding standards:
1. Increases Efficiency:
It has been observed that software developers spend a significant amount of time in resolving issues that could have been prevented. Establishing coding standards enables the team to detect problems early or prevent them entirely. This enhances the efficiency throughout the software process.

2. Minimize the Risk of Project Failure:
Many a time IT projects fail due to software development problems. Coding standards reduce the risk of failures.

4. Maintenance becomes easy
If a source code is consistent it can be easily maintained. This is because anyone can step in at any stage maintain it or incorporate any modifications.

5. Correction of bugs
A consistent source code makes it easy to locate and correct bugs in the software.

6. A comprehensive view
A consistent source code facilitates a clearer view of how the code fits within the larger application or the company as a whole.

7. Cost saving
A consistent code leads to a clear view which in turn results in the potential for more code reuse. This drastically reduces the cost and development effort.

1. Code Commenting & Documentation
IDE(Integrated Development Environment) has made commenting the code more useful. IDE and other tools can utilize your comments in different ways. Every routine should be started with a comment indicating what the routine does, its parameters, what it returns and possible errors and exceptions. The role of each file and class, contents of each class field and major steps of the complex codes should be summarized in comments.

For example:
/* function X is use for xxxxxxxxxx functionality */
function Add()
{
// your logic
} 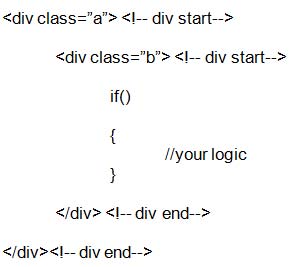 3. Avoid Obvious Comments
You should ensure that you do not comment your code unnecessarily.

For example:
if() // this is my condition in if

4. Code Grouping
Group your tasks in separate blocks/functions of code separating them with spaces. You can also add a comment at the beginning of every block.

For example:
/* This function is use for x funxtionlity*/

/* This function is use for y funxtionlity*/

5. Consistent naming scheme
Two of the popular naming conventions are:

CamelCase
This entails capitalizing the first letter of each word except the first word.

For example:
/ Always use relevant names /

Underscore
It entails using underscore between words such as mysql_real_string()

For example:
/ Always use relevant names /

6. DRY Principle
It stands for Don’t Repeat Yourself. It is also known as DIE (Duplication is Evil). Under no circumstances you should copy and paste codes. Most software programs aim to automate repetitive tasks. Hence, the coding and web applications should be such that the same code is not repeated over and over again.

7. Avoid Deep Nesting
Having too many levels of nesting makes the code hard to comprehend. Hence, deep nesting should be avoided.

8. Limit Line Length
Reading tall and narrow columns of text is more comfortable for the eyes. Hence, you should try to use short line lengths. The ideal line length would be 80 characters.

9. File and Folder Organization
Although it is possible to write an entire application code in a single file, its readability and maintenance will be a problem. Hence, it is recommended to organize it into folders.

11. Read open source code
In the case of open source projects, the software is built using inputs of multiple developers. Hence, it is vital to maintain code readability so that the team can work on it. It is beneficial to browse through the source code of these projects to have an idea of what the developers are doing.

12. Code Refactoring
Refactoring a code entails incorporating changes to enhance its readability without altering its functionality.

1. Inline Commenting
Every programming language offers the facility of inline comments. These are single line comments for the text after a certain point.

3. Group/Class Comments
Block areas are not used very often for commenting. They are utilized for commenting out functions and loops. Strong block comments are frequently used at the head of backend documents or library files. CMS such as WordPress go all-out and write the documentation for every file in your website.

4. Front-end Code Commenting
Most frontend developers have moved from static HTML into JQuery and CSS codes. HTML comments are not as purposeful in programming applications.

Coding standards provide clarity to the purpose of the code. A neat well laid out code with optimum commenting is easy to comprehend and enhance. They make it easier to be used for teamwork as well.

What's up, its nice pieece of writing about media print, we all know media is a impressive source of data.

I'm not sure exactly why but this web site is loading incredibly slow for me. Is anyone else having this issue or is it a issue on my end? I'll check back later on and see if the problem still

Amazon to Join the Food Delivery Business – How is it Going to Re-shape the Market?

Coronavirus Disrupting the Industry in 2020

Ultimate guide to building an E-commerce app in 2020

Let’s make something great together.