The Coronavirus or COVID-19 outbreak has sparkled terror and panic across the globe. With over 120,000 cases already, Coronavirus is emerging in more countries around the planet with no known cure in sight. But something else that is also spreading like wildfire besides Coronavirus is the misinformation about it. There’s been a flurry of misleading or fake news stories emerging about the virus which is confusing and creating panic in the public. Now, some of the fake claims are completely useless and harmless while some are downright dangerous.

The abundance of inaccurate information ranging from false claims to conspiracy theories has led the World Health Organization in calling the epidemic an ‘infodemic’. The misinformation of social media has been spreading so fast that various social media platforms have started to elevate the credible information and remove the fake content that has been confusing people and creating a panic in the public.

So, we have been looking at some of the information the COVID-19 virus getting viral on the internet and now it’s time to debunk the fake news.

Reality – No one knows!

The false claim first came in front of the public when the Washington Times published an article about the virus outbreak being linked to a military lab in Wuhan. The claim was based on a random guesswork statement from former Israeli intelligence officer Dany Shoham, who has expertise in biological warfare but has refused to back up the false claim made by the newspaper. The researchers are still trying to figure out the exact source of the outbreak but the first test results indicate that it likely originated in bats. 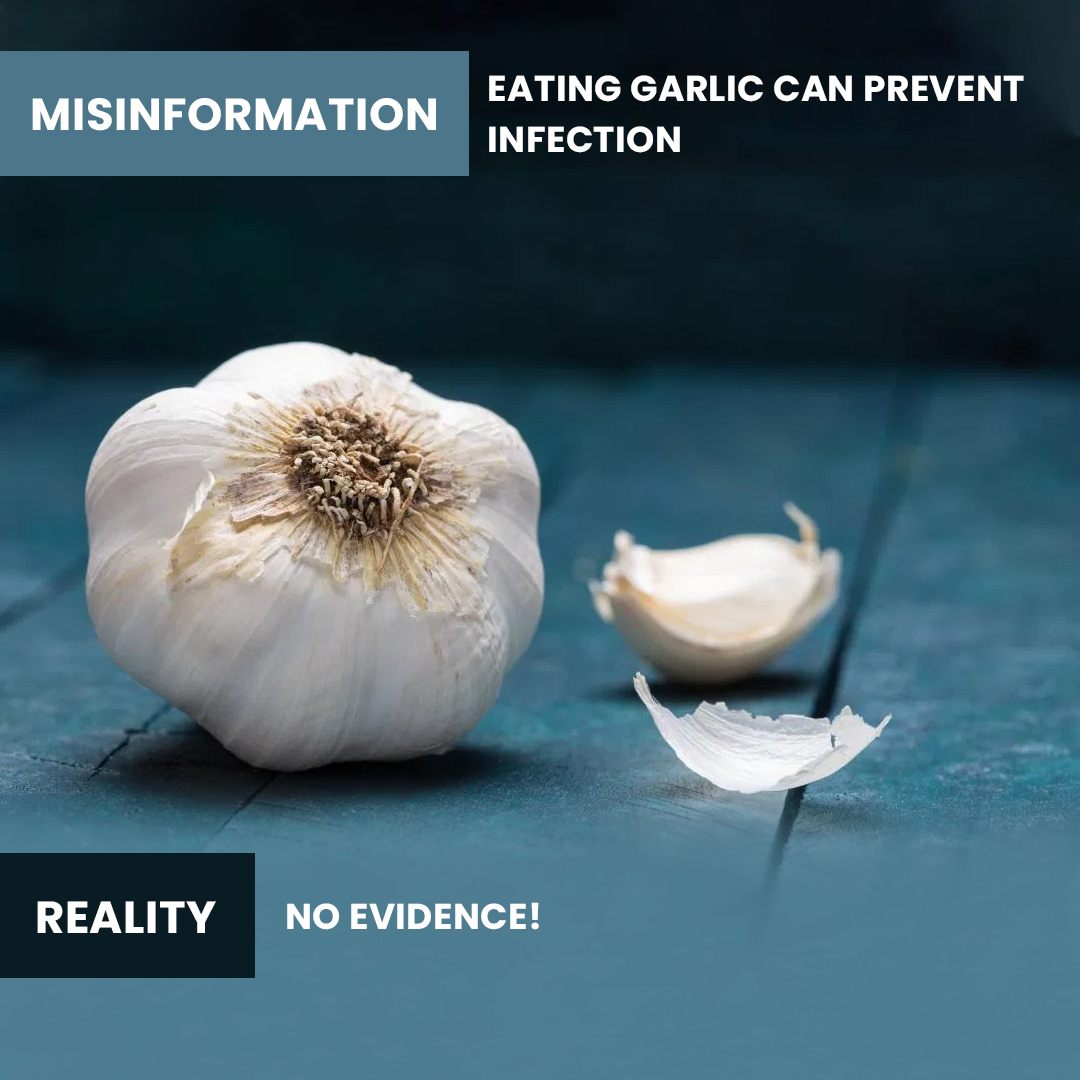 Although garlic is a healthy food that may have some antimicrobial qualities that help in keeping you healthy, there’s no evidence that eating garlic can protect people from coronavirus. The World Health Organization (WHO) specifically addressed the false claim regarding the COVID-19 virus stating that it’s all just a rumor and nothing else. 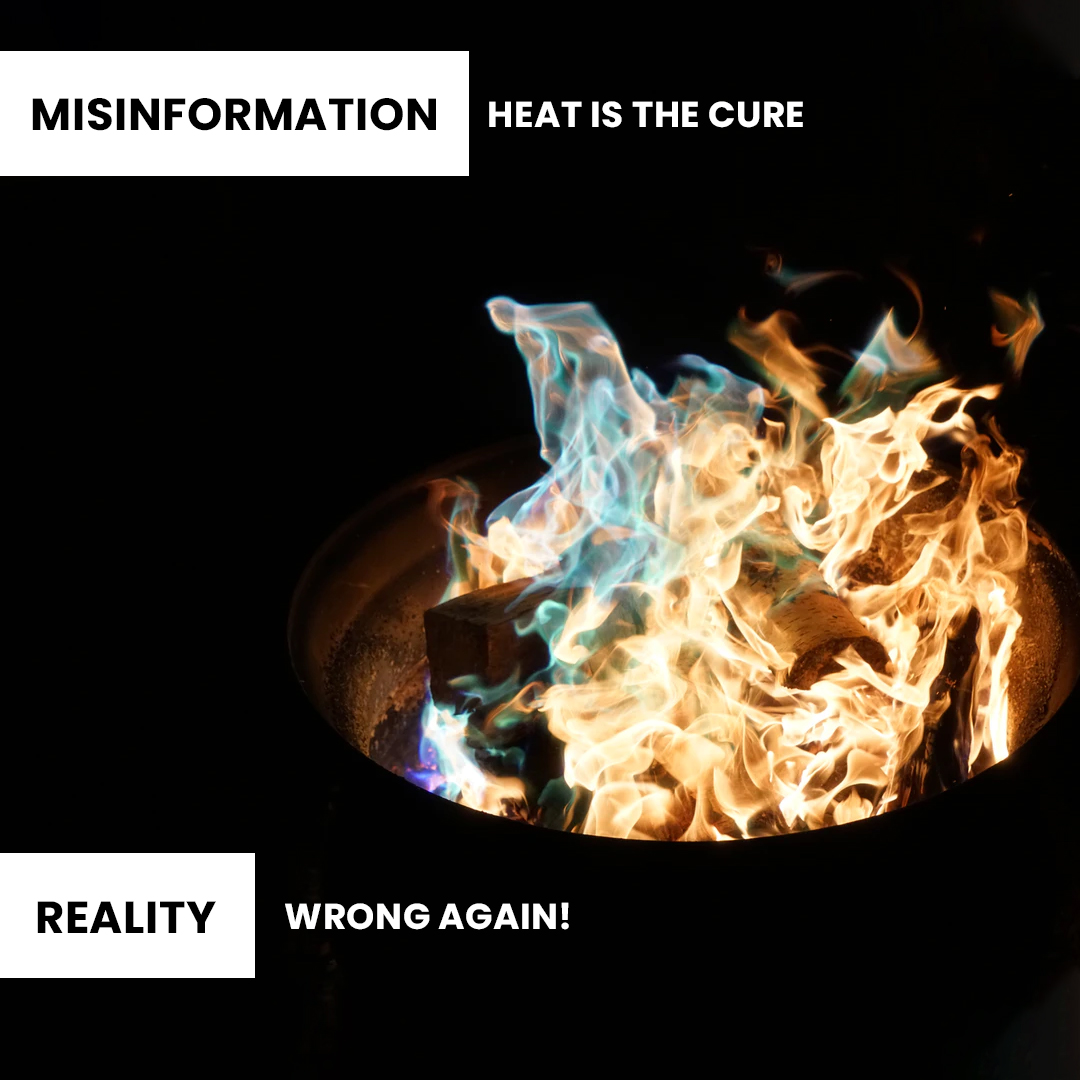 There are quite a few variations of this one ranging from hot baths killing the virus, using hairdryers, and exposure to sunlight to as dangerous as using UV lamps. It all started after a copied and pasted social media post surfaced on various platforms was shared by dozens of users and falsely attributed to UNICEF. The post stated that drinking hot water and exposure to the sun can kill the virus along with the bizarre advice of avoiding ice cream.

Reality – Apologies young people, but no! 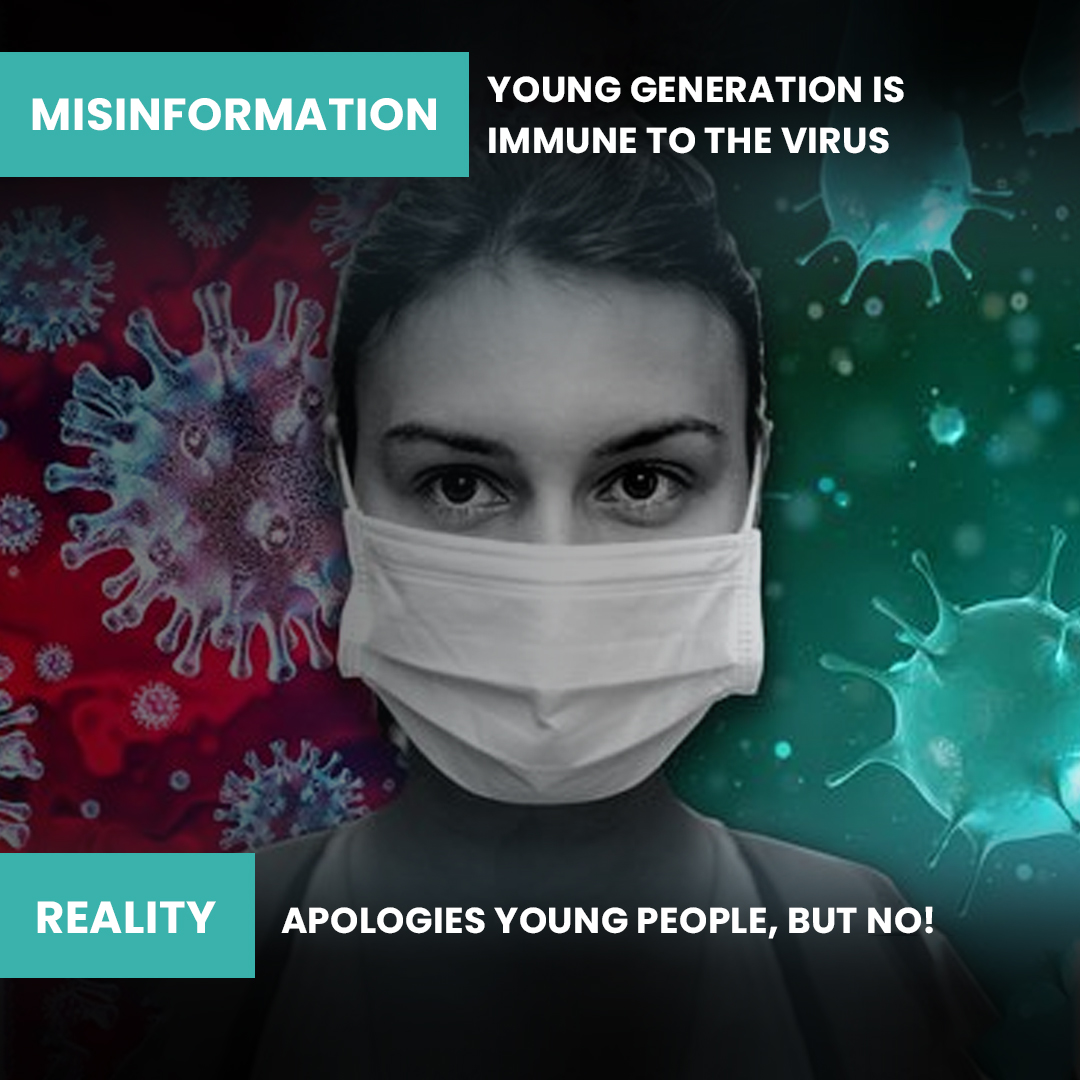 Anyone can get Coronavirus irrespective of their age, color, creed, or sex. Although the older generation and people with pre-existing medical conditions appear to more vulnerable to the virus, young children have been affected too. There have been a lot of false claims regarding this but no evidence whatsoever.

Reality – Not even close! 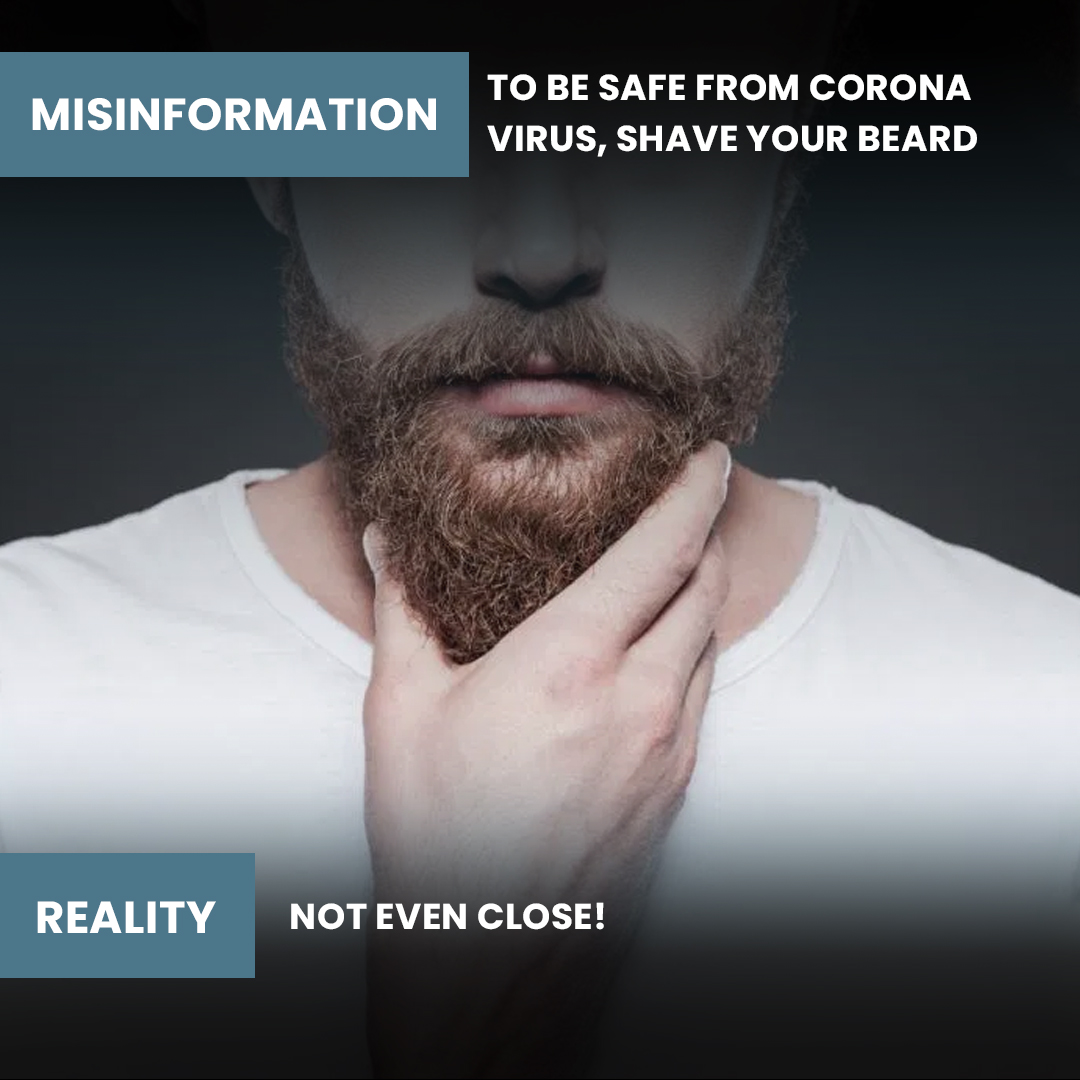 A Nigerian newspaper started this rumor after they shared an old graphic image created by the United States Heath Authorities suggesting that men should shave off their beards to avoid catching the deadly virus. The news spread like wildfire and of course, people started shaving their beards. 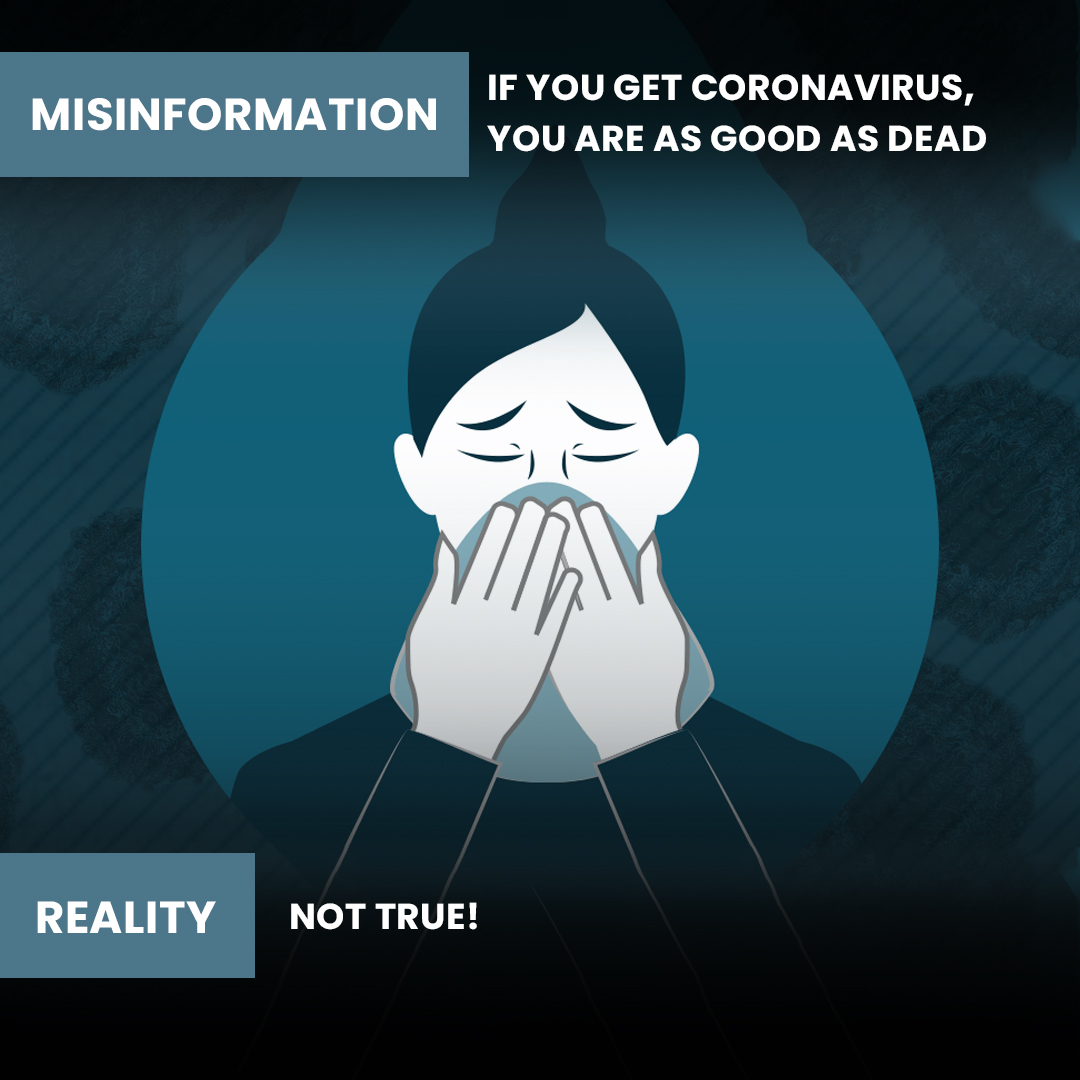 People who get Coronavirus will get a mild to moderate respiratory illness, which is similar to a common cold. Symptoms include runny nose, cough, sore throat, headache and a fever that can last for a few days. The disease is fatal in rarer cases with a 3% to 4% mortality rate and considering the number of people who have been affected by the virus, this percentage is quite worrisome. But contacting coronavirus doesn’t mean certain death.

Reality – You’ll only believe this if you are insane. 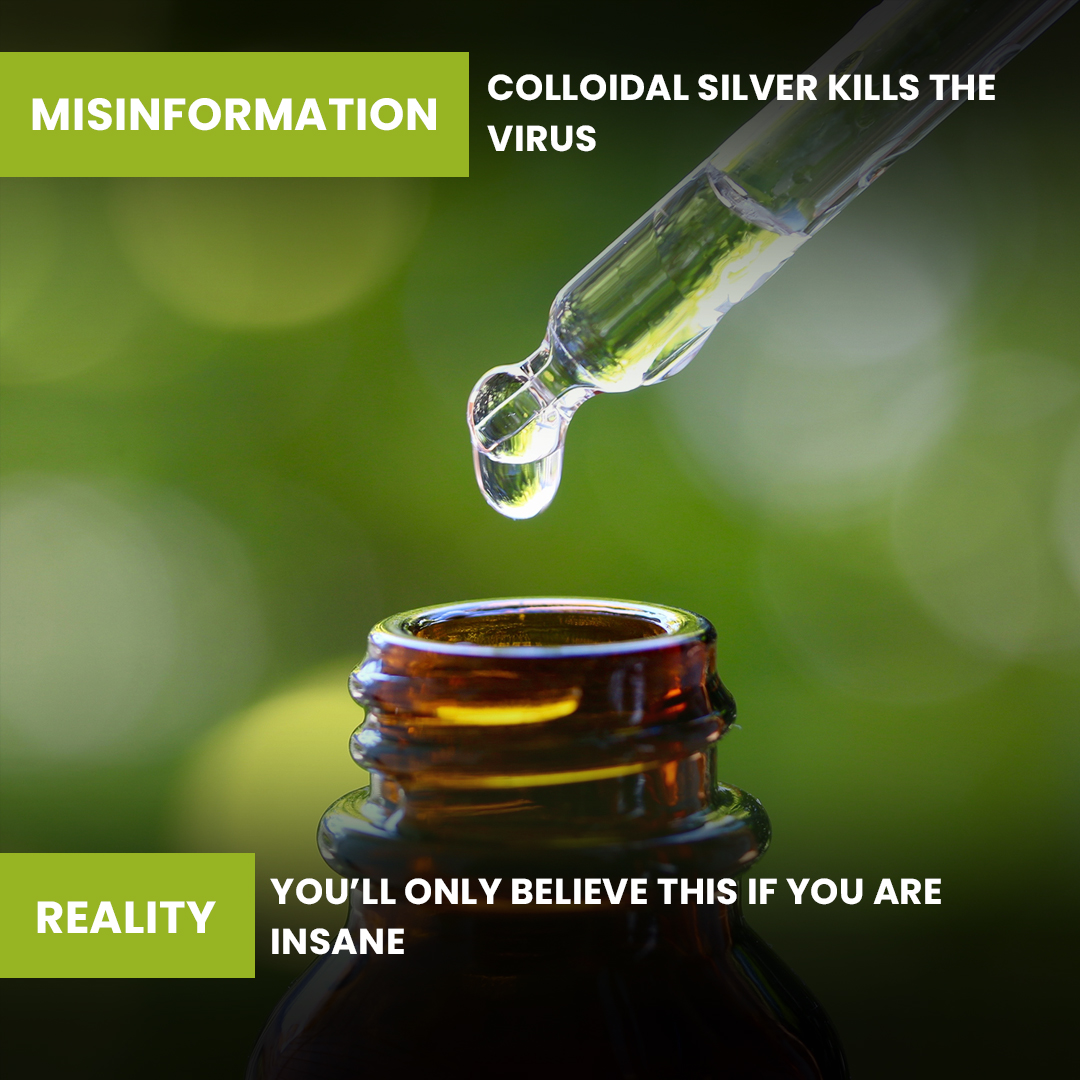 This is the downright dangerous fake news that we were talking about at the beginning of this article. The false claim about Colloidal Silver being a cure for Coronavirus surfaced when a guest on an infamous US talk show – The Jim Bakker Show, claimed to have found the cure for the epidemic. Not only there’s zero evidence of the claim made by the guest and the talk show host, drinking colloidal silver causes kidney damage, seizures and argyria – a condition that makes your skin turn blue. Moreover, Jim Bakker is being sued over the spread of this dangerously false claim.

Amazon to Join the Food Delivery Business – How is it Going to Re-shape the Market?

Coronavirus Disrupting the Industry in 2020

Ultimate guide to building an E-commerce app in 2020

Let’s make something great together.